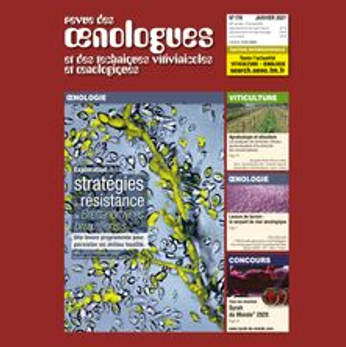 Natural cork stoppers, produced by punching a plank of cork oak bark, are considered in the wine industry to be a high-quality solution for keeping wine in bottles. The increased demand for properly aged wines from both winemakers and consumers has pushed the industry to optimise the selection of natural cork stoppers. Quality control has long involved a visual sorting of stoppers, whether done manually or using machines equipped with increasingly sophisticated optical cameras. The literature includes studies on automatic sorting with cameras, based on classification algorithms [1-3]. However, cork stopper classification is still done based on aesthetic surface criteria. The finest stoppers, classified as ”Flor” grade, do not have any apparent defects (no holes, woody lenticels, colour defects, etc.). However, it remains difficult to correctly determine the overall quality of a stopper by extracting information only about its outer surface. The good quality of a natural cork stopper actually depends on its mechanical and elastic properties and on its structural ability to allow reasonable quantities of oxygen to pass from the outside to the inside of the bottle, and thus enter into contact with the wine. Wines have differing levels of oxygenconsuming tannins, and the stopper’s physical sealing properties will affect the kinetics of oxygen ingress, thus directly influencing the wine’s sensory profile after it has been conserved in bottles. Recently, Chevalier et al. [4] published measurements of OIR (Oxygen Initial Release: the quantity of oxygen released in a bottle during the first six months, expressed in mg) with natural cork stoppers classified visually as being premium, i.e. displaying few surface defects. These measurements demonstrate that the sorting performed by equipment currently used by cork producers does not help classify stoppers according to their oxygen ingress performance. In batches of stoppers visually classified as premium, it is common to find that wines undergo different sensory evolutions owing to these permeability variations. Some stoppers may be considered permeable to gas, which will lead to rapid oxidative evolution of the bottled wine. Some studies have used methods of analysis to probe the heart of the stopper [5, 6], such as LagorceTachon et al. [7], showing that the number of surface defects on stoppers leads to an under-estimation of their internal porosity. To our knowledge, there is no industrial-scale, non-destructive analysis highlighting one or more criteria that can be used to determine whether the stopper structure will enable adequate oxygen ingress or not, in order to offer winemakers a range of natural cork stoppers whose OTR (Oxygen Transfer Rate) is well known, with an acceptable standard deviation, in terms of sensory impact. Unlike visual sorting, X-ray imaging takes into account the entire internal structure of stoppers and seems suitable for making inferences about their quality. Therefore, the present study proposes a supervised classification (i.e. a classification based on learning a classification rule from a training dataset, whose classification is already known) of “permeable/ impermeable” stoppers produced from SVM (Support Vector Machines) classification algorithm, taking as input the criteria extracted from X-ray images of punched cork stoppers. The supervision of this classification comes from the OIR measurement of the stoppers. A first batch (batch 1) of 142 punched natural cork stoppers was thus measured for OIR as well as acquired by tomography. The 2D and 3D X-ray images were pre-processed, and the sorting criteria were defined. These criteria constitute the input data provided to the SVM classification algorithm. Batch 1 classification results are presented for 3D and 2D data, as is the influence of experimental parameters on this classification. The purpose of the classification based on 3D images is to assess the quality of results that may be obtained by having more complete information for each stopper. The purpose of the classification based on 2D images is to assess the quality of results that may be obtained under conditions found in an industrial context. 2D images from batch 1 will then be used as a training dataset in order to directly assess batch 2, containing 436 stoppers from other production sources, without prior OIR measurement. Batch 2 classification results are presented and verified later on by a new OIR analysis. The results obtained by including batch 2 in the training dataset are also assessed.